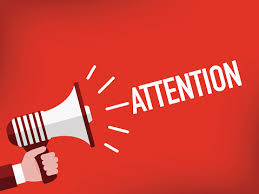 The resolution, a summary of which is published herewith, has been adopted on June 21, 2021 and the validity of the obligations authorized by such resolution may be hereafter contested only if such obligations were authorized for an object or purpose for which the Village of Haverstraw, in the County of Rockland, New York, is not authorized to expend money or if the provisions of law which should have been complied with as of the date of publication of this Notice were not substantially complied with, and an action, suit or proceeding contesting such validity is commenced within twenty days after the publication of this Notice, or such obligations were authorized in violation of the provisions of the constitution.

BY ORDER OF THE BOARD OF TRUSTEES

OF THE VILLAGE OF HAVERSTRAW

REFUNDING BOND RESOLUTION OF THE VILLAGE OF HAVERSTRAW, NEW YORK, ADOPTED JUNE 21, 2021, AUTHORIZING THE REFUNDING OF CERTAIN OUTSTANDING BONDS OF SAID VILLAGE, STATING THE PLAN OF REFUNDING, APPROPRIATING AN AMOUNT NOT TO EXCEED $3,750,000 FOR SUCH PURPOSE, AUTHORIZING THE ISSUANCE OF REFUNDING BONDS IN THE PRINCIPAL AMOUNT OF NOT TO EXCEED $3,750,000 TO FINANCE SAID APPROPRIATION, AND MAKING CERTAIN OTHER DETERMINATIONS RELATIVE THERETO

The object or purpose is to refund all or a portion of certain outstanding bonds of the Village issued in 2010 for public improvements.

The periods of probable usefulness of the objects or purposes for which the bonds to be refunded were issued consist of various periods ranging from 5 years to 30 years, commencing on the date of original issuance of the first bonds or bond anticipation notes issued for the respective objects or purposes for which the outstanding bonds were issued.

The maximum amount of obligations authorized to be issued is $3,750,000.

A complete copy of the Bond Resolution summarized above shall be available for public inspection during normal business hours at the office of the Village Clerk, Village Hall, 40 New Main Street, Haverstraw, New York. 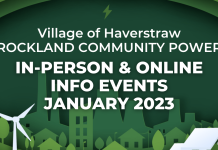 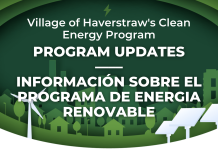 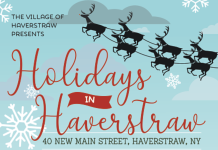 Join us for Holidays in Haverstraw

Grievance Day is on February 21st