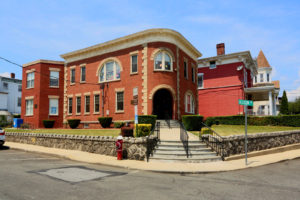 The Village of Haverstraw was incorporated in 1854 as the Village of Warren, for purposes of organizing a fire department to protect the area and residents.  The Town of Haverstraw was founded in 1666, but the area has been known as “Haverstroo” on Dutch maps since as early as 1616.  “Haverstroo” means oatstraw, which is what the mariners on the Hudson saw all along our shores as they traveled North.

Haverstraw has its place in the military history of our country, including sending fighting men to all our wars, having the treason of Benedict Arnold on our shores, having George Washington’s troops stationed for a time in the area, sending an infantry company to fight in the Civil War, and having  2 medal of honor recipients call Haverstraw home. 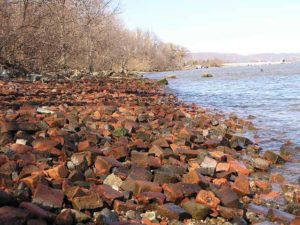 Haverstraw was also known as the “Brickmaking Capital of the World” from the late 1800’s through the first part of the 1900’s.  It supplied much of the brick that built old New York City from 40 brickyards that lined the shore of the Hudson from the Long Clove to Jones Point in Stony Point (formerly North Haverstraw).  Over excavation led to a horrific landslide in 1906 in the downtown that swallowed parts of 5 streets, 21 buildings and cost the lives of 21 residents, including 4 volunteer firefighters.  The last brickyard closed in 1946, the industry killed by the advent of concrete block construction.

Because of the need for labor to fill the brickyards and other industry, Haverstraw has always been an immigrant melting pot.  Irish, Italian, German, Slovak and, African-Americans all came to work and live in Haverstraw.  The oldest “Free African” church in New York was located in Haverstraw, and Rockland County’s first Catholic church (St. Peter’s) and Jewish synagogue (Sons of Jacob) also called Haverstraw home.  In the 1950’s, Hispanics started coming to Haverstraw to work in the garment industry and other factories in and near the Village.  Puerto Ricans were followed by Dominicans, Mexicans and Central Americans.  Today, the Village is 2/3rd populated by people of Hispanic heritage.

Haverstraw has seen its share of celebrity, including Babe Ruth (who filmed the movie “Coming Home” in Haverstraw), George M. Cohan (who started his vaudeville career in Haverstraw), James A. Farley (Postmaster General of the U.S and confidant of FDR) and celebrities in movies including Jimmy Cagney, Elizabeth Taylor, Amy Poehler and Tina Fey.

One of Haverstraw’s greatest assets is its architecture.  Innumerable examples of 19th and early 20th century architecture abound.  From common row houses to Victorian mansions to iconic bank buildings and churches, Haverstraw has it all. Most such architecture is still in largely original condition or has been painstakingly restored.  The grandeur of the Hudson Avenue homes of business scions of old, the stained glass Louis Comfort Tiffany windows of the Central Presbyterian Church and the ship captains’our  homes of First Street are all on display.  Edward Hopper’s “The House by the Railroad” sits high stop Route 9W looking down on the village and its historic railroad station.

What draws people to Haverstraw first is our natural beauty. We are nestled between Hi Tor Mountain (famous through Maxwell Anderson’s play “Hi Tor”) and the Hudson River at its very widest point.  Although small (2.2 square miles), we have one of the longest publicly accessible stretches of waterfront in the Hudson Valley.  With over 2 miles of public shoreline, Haverstraw is a vital link in the pedestrian and bike routes from Nyack to Stony Point and points north.  With a ferry landing that connects to Ossining and the Metro North railroad, the Haverstraw ferry provides 2 seat access to mid-town Manhattan for hundreds of commuters each day.

Haverstraw has always been a largely blue collar community, where people come to shop, eat, and drink.  We’re a little rough and tumble and a whole lot of small town community.  We have neighborhoods where people still know each other and care for each other.  Faces and names may have changed, but the idea of community has remained a constant.